Founding Director, Chairman of the Board, CEO 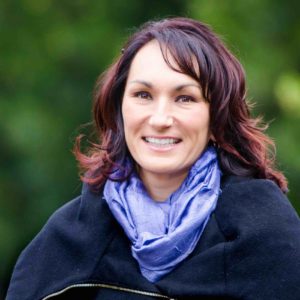 Sarah Puchalski, DVM, DACVR hails from Roberts Creek, British Columbia. Following veterinary school she completed a 2 year internship/residency in Field Service and Sports Medicine at New Bolton Center. She then pursued further training in diagnostic imaging at the University of California, Davis completing a 4 year residency in 2005. Sarah next accepted a faculty position in the Department of Surgical and Radiological Sciences at the University of California, Davis, earning tenure in 2012. Sarah is Board Certified by the American College of Veterinary Radiology. She has authored 40+ scientific articles and several book chapters relating to diagnostic imaging in veterinary medicine. In 2013, she started Puchalski Equine Inc. She is based in Petaluma, California at Circle Oak Ranch and in Wellington, Florida at Palm Beach Equine Clinic during the Winter Equestrian Festival. Sarah is an avid show jumper. 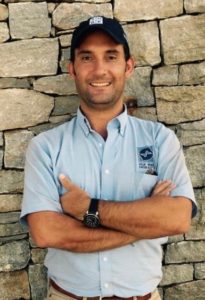 Richard Wheeler, DVM was born in the UK and graduated from the Royal Veterinary College, London in 2002. Dr. Wheeler then completed a two-year internship at Greenwood, Ellis and Partners (now Newmarket Equine Hospital) in Newmarket. In 2005, Dr. Wheeler moved to Wellington, Florida to join PBEC. He became a partner of PBEC in 2009. Dr. Wheeler’s primary concentration is equine sports medicine. He is an FEI Veterinary Delegate for Show Jumping and Dressage and has authored several published articles on the topic of equine sports medicine. Dr. Wheeler has served on the board of the USHJA Horse and Rider Advocates Committee. Dr. Wheeler and his wife Jessica have two children. Dr. Wheeler has competed in a variety of equine sports, most extensively eventing and polo. 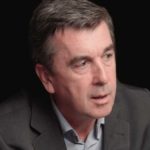 Philippe Benoit, DVM, DACVSMR graduated from the Alfort Veterinary School of Paris in 1989. He received a MS in Nutrition and exercise physiology in 1991 and named a Diplomate of the American College of Veterinary Sport Medicine and Rehabilitation in 2016. Philippe served as veterinarian for the French Team from 1992-2000, French Olympic Team in 2004, and Saudi Arabian Olympic Team in 2012. In addition to serving as an international consultant for several foreign national teams, Benoit was the treating veterinarian during the show jumping finals at the World Equestrian Games in Normandy. Benoit is currently a private practitioner at PHB Consulting. He resides in Encinitas, California. Philippe enjoys sailing, traveling, photography and wine tasting. 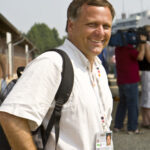 Timothy Ober, DVM has served as a US Team Veterinarian for Show Jumping since 1999. Dr. Ober began his career completing an internship with Dr. Scott Palmer at New Jersey Equine Clinic, followed by three years as an associate veterinarian with that group, focusing on the care of standardbred racehorses. In 1994 Dr. Ober joined Dr. Dan Flynn at Georgetown Equine Hospital in Charlottesville, Virginia and was fortunate to benefit from Dr. Flynn’s mentorship and wisdom. During this time, he developed a working relationship with Dr. John R Steele, also an important mentor, ultimately joining John R Steele & Associates in 2001. Now a partner with that group, Dr. Ober splits time between Gordonsville, Virginia and Wellington, Florida focusing on the sports medicine care of Show Jumpers, Hunters, and Dressage athletes. 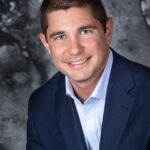 Tim Worden, PhD completed his graduate studies in Biomechanics at the University of Guelph (Canada) in 2016. Today, Dr. Worden’s focus is on applying evidence-based training and management practices to sport horses. He has consulted for Equestrian Canada and has worked with a number of FEI riders to provide detailed performance analytics. He has studied different training programs and their relationship to performance as well as generated a database of jumping competition results. Dr. Worden is passionate about disseminating impactful research with key stakeholders in the sport horse community. He is a frequent writer for online equestrian publications and has contributed to a number of informational videos. Dr. Worden is a Researcher at Equine Analytics LLC and a Sports Scientist at Tim Worden Consulting.

Director of Marketing and Development 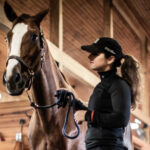 Megan McDermott fell in love with horses at a young age, growing up training green ponies and competing at the local level. After a successful Junior jumper career, Megan went on to the Savannah College of Art and Design to earn a degree in Television Producing. While attending SCAD, she maintained her horses, had several working student positions, and simultaneously founded a video and digital media production company. After a few years of living in New York City and running Darondo Productions while riding and competing as an amateur show-jumper, Megan transitioned to riding and training full time as a professional, while still keeping a foot in the digital media world. Currently Megan is competing in Grand Prix ShowJumping at the International 4* level and refining her systematic program of training horses to compete at the top level of sport. With a deep passion for horse sport and horse care, Megan looks forward to any opportunity to combine digital media and art with equestrian sport in an educational and commercial capacity. 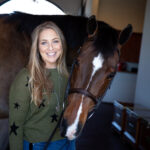 Nicole is an entrepreneur, technology consultant, and lifelong equestrian. Nicole earned her MBA from Babson College in 2019 and uses her experience in business and software development to operate her own company, BarnManager, a cloud-based platform for barn managers and owners to manage their horses, employees, clients, and businesses. Nicole also works with equine industry professionals and businesses to identify their challenges and find the best technology solutions to solve them.

Our mission is to fund research that will advance, promote, support and direct scientific research and education for the benefit of equine athletes.